Congratulations to President Bill Harrison upon being selected to receive a Queen Elizabeth II Platinum Jubilee Medal, for services to education. 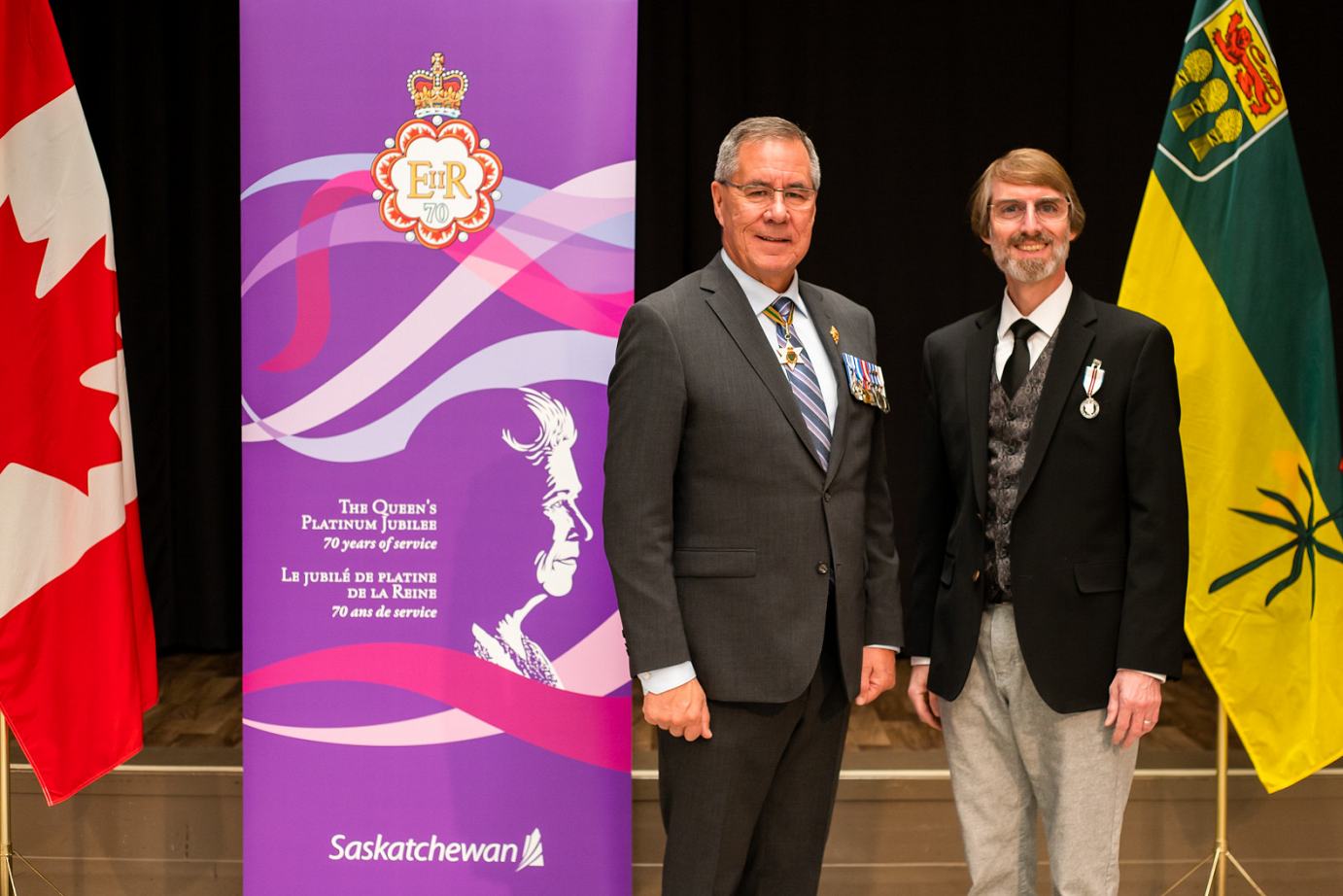 This medal was created to celebrate the 70th anniversary year of HM Queen Elizabeth II’s Accession to the Throne. It is a tangible way for the province of Saskatchewan to honour Her Majesty for her service to Canada.

Queen Elizabeth II approved the design of the medal in May 2022. Permission has been sought from the Office of the Governor General of Canada to have this medal included in the Order of Precedence with the other commemorative medals of the Canadian Honours System. Those receiving the medal have made a significant contribution to Canada, Saskatchewan, or a particular region or community. 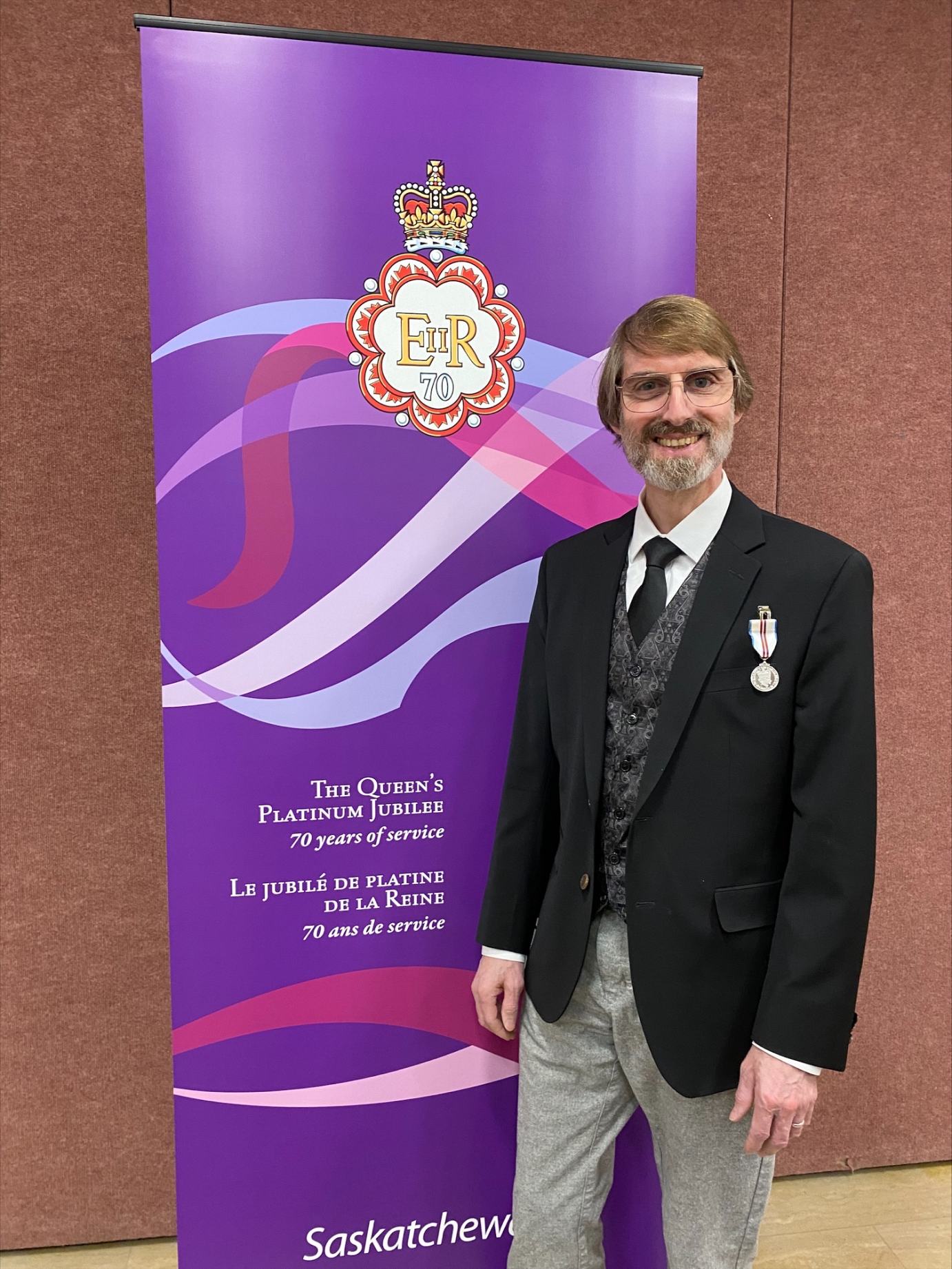 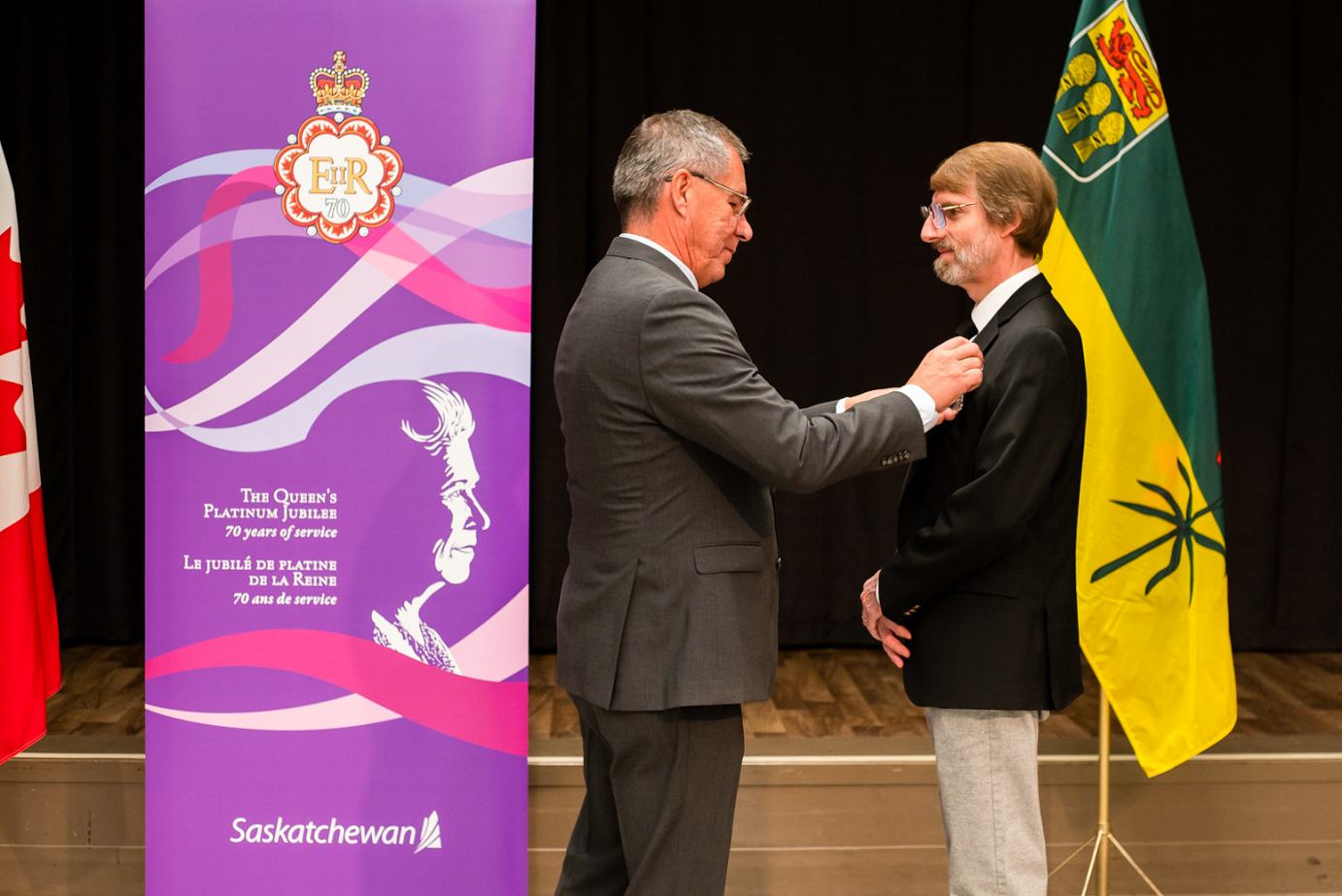 President Harrison’s medal presentation occurred on Thursday, November 17, at TCU Place in Saskatoon. “I am honoured and encouraged to receive this recognition,” said President Harrison, “and I believe that it reflects the commitment that Lutheran Theological Seminary and Saskatoon Theological Union communities bring to transformational education in Saskatchewan and across the West and North.”